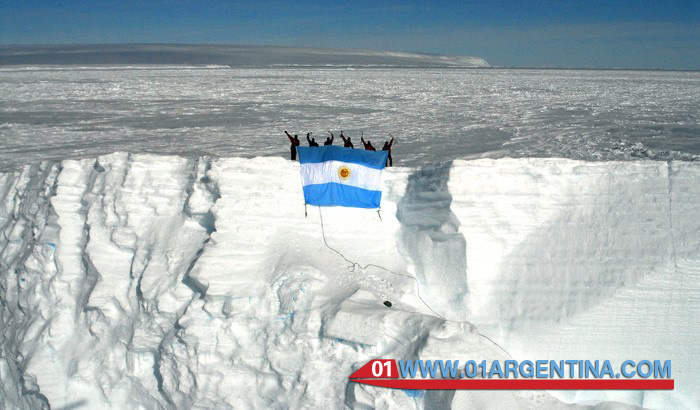 Ice, blinding white and silent. There seems to be signs of life, and yet …

Antarctica is much more than an area of 14,677,000 square kilometers located around the Pole, from 60 ° south latitude. Unlike the Arctic, which is a layer of floating ice, Antarctica is continental land that preserves about 90% of the world’s fresh water. A thick layer of ice covers more than 95% of its territory, reaching the highest peak on every continent, with an average elevation of 2,300 meters.
Unlike the 350 species of plants, there is only animal life around the sea, where whales, seals and penguins, among other waterfowl, meet most of their life cycle.
Harsh climatic conditions are characterized by temperatures that can drop to -40 ° C, even in summer, with good weather, the average in the Antarctic Peninsula is usually around -7 ° C.
In winter, when the night seems eternal, sea ice accumulated on the periphery doubles the size of the continent. However, in summer the sun is always visible. Thus the phenomenon of the polar night and day takes place.
The first explorers arrived in Antarctica only in 1773, performing feats to discover his impiadosa geography. At present, the Antarctic Treaty allows countries such as Argentina, Australia, Chile, France, the United Kingdom of Great Britain and Northern Ireland, New Zealand, Norway, Belgium, Japan, the former Union of South Africa, the former Union of Soviet Socialist Republics and the United States carry out scientific activities and technical studies on the floor of Antarctica.
each year also are more tourists visiting the Peninsula, being the region with greater richness and diversity. And, indeed, worth traveling thousands of kilometers by air or sea to admire the beauty of this unique corner of the planet that remains almost untouched.
A treasure in ice
The incredible and challenging geography Antarctic contains a natural archive that opens the door to numerous scientific advances.
It was the last continent discovered on the planet and is one of the few corners of the Earth that remain almost unchanged. Behind his thick ice walls a past that allows us to learn much about actual natural phenomena hides.

Today, its landscape presents a polar desert, but in the Cretaceous period was part of the supercontinent Gondwana, where an abundant animal and plant life developed.
At the time of the isolation of the territory because of the movement of large masses of water that led to the oceans, the stringency of climate change in Antarctica became a desolate and arid surface. It is in this way opens geography where science.

Before the Antarctic Treaty, which temporarily resolved the various claims of sovereignty, under the framework of the celebration of the International Geophysical Year in 1957 was signed, the Special Committee on Antarctic Research (1958) was created. This integrated by different countries apolitical institution whose main objective is the coordination of scientific activities, not only in Antarctica, but all over the planet.
Currently, more than 4,000 scientists and logistics staff moving to Antarctica to spend the austral summer.
The Antarctic continent became a reference area and an excellent indicator of what is happening in the global environment.
Scientific Development in Antarctica
Many studies in the Antarctic region have allowed to travel to geological past of the Earth, as well as learn more about the history of the solar system.
Different research on terrestrial magnetism on atmospheric mantle and global biological programs have managed to uncover numerous land problems. One of these cases was the investigation into the stratosphere which released the progressive depletion of the ozone layer.
The discovery of a large meteorite amount, more than 15 thousand rocks of different origin, in the late twentieth century by Japanese explorers, together with studies of glaciers, is a great natural archive that gives interesting readings about the past and the future.
Undoubtedly, the white continent is the subject of the most diverse analysis, which includes many theories about aliens and the most innovative scientific development.

The concept of Antarctica dates back to the Greeks, who assumed the existence of a southern land as opposed to the northern lands or Ártikos and for this reason, he gave the name of Antártikos. However, it took many centuries for the first explorers reached the ends of the earth and the Terra Australis Incognita discovered, as it was known until 1600.
In 1773, the English sailor James Cook landed in South Georgia and South Sandwich islands. Along with his brutish men, Cook was the first to cross the Arctic Circle and circumnavigate the Antarctic Sea.
Just in 1820, the sailor, explorer and seal hunter Nathaniel Palmer, with Brandsfield and Smith, first sighted the Antarctic Peninsula. In the same year, the Russian Fabian von Bellingshausen landed on the island Pedro I. Two years later, the Scotsman James Weddell discovered the Orkney and South Shetland Islands and, in 1823, 214 miles beyond the south of what was captain Cook arrived.
After other feats, including the issuance of Belgian Adrien de Gerlache, who was the first to overwinter in the Antarctic Ocean, from 1899 until 1904 stands out, expeditions from various countries were conducted jointly driven by the International Geographical Congress that was held in Berlin. In front of these campaigns were the German Von Drygalsky, Otto Nordenskiold, Robert Falcon Scott, England, and William S. Bruce, Scotland.
The explorer Sir Ernest Shackleton after approaching the South Pole and reach the top of Mount Erebus (1907 – 1909), was a risky expedition in 1914 in which the ice swallowed his ship and he and his men had to survive several months to be rescued.
Which reached the geographic South Pole was Norwegian Roald Amundsen, a few days before English Robert F. Scott, who died with his band as they returned from this journey.

The findings of Antarctica led to numerous territorial disputes. Different geographical nomenclatures were nothing more than an expression of pressure states to exert their influence on the new continent, mainly in the peninsular area. Thus, this small strip of Antarctic land was called “Tierra de O’Higgins” by Chilean and “Land San Martin” by Argentine, referring to their historical heroes. Meanwhile, the English called it “Graham Land” and Americans “Palmer Peninsula.” Finally, an international agreement settled the differences and ended up designating Antarctic Peninsula across the region, Graham Land its northern half and Palmer Land your southern half.
On 1 November 1959, under the International Geophysical Year, thirteen countries claiming sovereignty over the territory signed the Antarctic Treaty. In this landmark agreement, which only came into force in 1961, Argentina, Australia, Chile, France, the United Kingdom, New Zealand, Norway, Belgium, Japan, the former Union of South Africa, the former Union of Soviet Socialist Republics and the United States froze all territorial claims. They also agreed to reserve the continent for peaceful purposes, promoting scientific research together and banning armed military activities, nuclear testing and commercial exploitation of resources.
In full force, the Antarctic Treaty applies throughout the area south of 60 degrees south latitude, including ice shelves. an agreement in principle between nations to protect and preserve this place on the planet that still dominates nature was established.