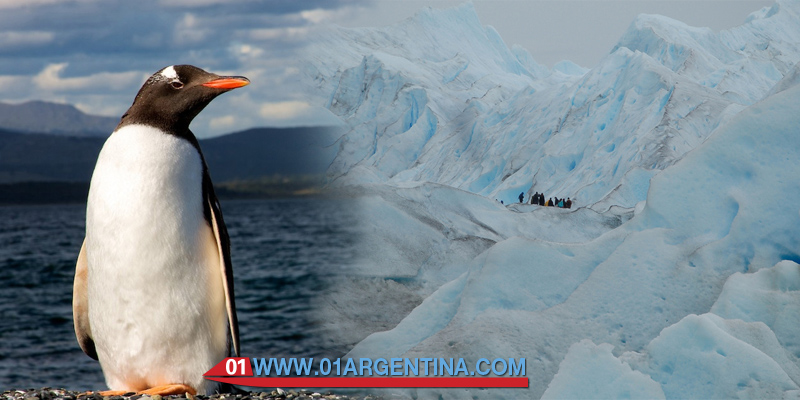 El Calafate: Capital of the Glaciers

El Calafate, a small town located on the border between the Santa Cruz plateau and the Andes, is the gateway to the Perito Moreno Glacier. Know everything there is to leverage and learn, guided by experts.

The tour to El Calafate begins with this small town in the southwest of the province of Santa Cruz, on the southern shore of Lake Argentino. Its main activity is the tourism industry, constantly expanding due to its proximity to the Perito Moreno Glacier.
El Calafate was founded on December 7, 1927, but growth only began after the 40s, with the establishment of Los Glaciares National Park.
El Calafate has all the necessary services to cater to a large tourist demand. There are from 5 * hotels of international standard, through warm and comfortable inns to campsites with all the services that can be exploited during the summer.
Its name is due to a typical southern Patagonian giant bush caulker, who was in one of the oldest houses in the village. El Calafate has yellow flowers in spring and summer purple fruits. According to tradition, whoever eats this fruit will always return to Patagonia!

Ushuaia, the bay overlooking the West

To plan your journey to the end of the world, Ushuaia this special report will help you learn all the attractions of the area. Know how to get there by car, plane or bus to the southern tip of Tierra del Fuego, where to stay and what tours are not to be missed

Ushuaia is the southernmost city in the world. It is located on the shores of the Beagle Channel, at the southern end of Isla Grande de Tierra del Fuego, surrounded by the Martial Mountains. Its privileged location offers mountains, sea and forests.
Ushuaia The name comes from the language of Yaghanes or yámanas Indians, their primitive settlers, and means “bay that penetrates towards the west”.
Ushuaia is a young city. It is considered the founding date of October 12, 1884 when an expedition Argentina installed a sub-prefecture and first raised the flag in front of the Beagle Bay.
However, the area was already inhabited by some 300 Anglican missionaries from the South American Missionary Society. They built the first houses and catered to evangelize the natives.
For Argentines, Ushuaia became known when he decided to build there the prison, in the early twentieth century. Ushuaia prison is part of the very history of the city and prisoners may also be considered “early settlers”.
The picturesque village suffered a sudden onset population growth from the 1970s, thanks to a special regime of industrial promotion.
Today Ushuaia is a tourist city with an international airport and all necessary services. It is also a cruise port and the port closest to the Antarctic deep water.
Ushuaia is a paradise. It’s the end of the world, and that is something …