Tierra del Fuego the most austral city in the Patagonia Argentina 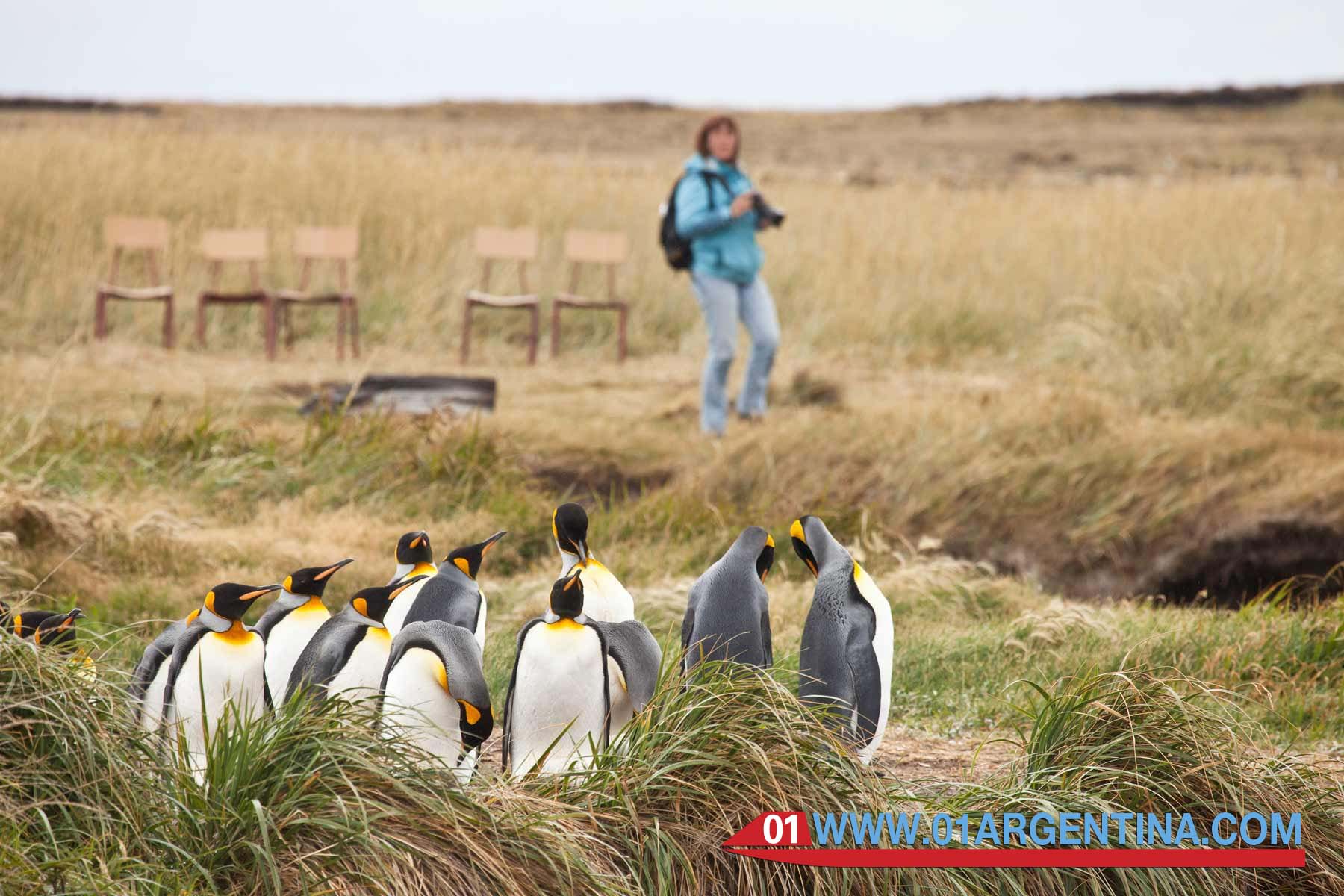 Adventure tourism in Tierra del Fuego between penguins, mountains, crystalline waters and snow, a walk along the channel of Beagle or crossing the Andes in 4×4

Between penguins, mountains and crystalline waters, the adventure is in every corner. Have fun in the snow, visit the Beagle Channel or cross the Andes in 4×4, learn a little history in the enchanting Train of the End of the World or indulge in sea flavors and Patagonian lambs, admiring a postcard that always moves to be known in the Confines of the world.
From the ground or from above, green vegetation or snow white, with sophisticated cuisine or at a picnic in the middle of the forest, winter or summer. This province is full of options and all enrich the experience to the south of Argentina.
In the province of Tierra del Fuego the landscape changes steadily throughout the year. The late spring brings the first buds of color that in the summer completely flood pastures, forests and turbans. During the fall, the ñires, lengas and flag trees molded by the southern wind turn to beautiful shades of red, yellow and ocher wearing the surroundings with a symphony of colors. In the winter, the white advances from the summits to cover almost everything. There are different experiences during the four seasons and can be lived through a varied palette of activities.
A visit to these lands can begin with the classic navigation through the Beagle Channel to the lighthouse Les Eclaireurs, where it is impossible not to take dozens of photos. It is the first contact with wind, sea lions and transparent water from the confines of this island, which on the mainland awaits with excellent gastronomy based on crab, seafood, black hake and lamb.
The winter resorts and Cerro Castor with the longest snow season in South America attract beginners, adepts and professionals of snowboarding and cross-country skiing, starting with the traditional torch-running. And in more summer times, sport fishing in various mirrors of water and rivers gives tranquility and tranquility amidst an imposing landscape that calls for contemplation and connection with the environment and oneself.
The inhospitable past of these latitudes is close to the present, when you visit the historical hulls of the city, such as the fabulous Train of the End of the World and the museums of Tierra del Fuego. The whole territory proposes alternatives to be active and in contact with the environment. In the southern area, in particular within the Tierra del Fuego National Park, the sub-Antarctic forest is preserved, where native and introduced species coexist. And in the north, the observation of seabirds is another attraction, especially in Rio Grande with the Provincial Reserve Atlantic Coast, part of the Hemispheric Shorebirds Network. Visiting Lake Fagnano – 545 square kilometers in area – gives another impressive postcard, as it is the largest glacier of the island and one of the largest in the country.
Because of its remote location, feeling isolated from the world is magical in the country’s only transcordinarian capital, where sunrises and sunsets are as surreal as every June 21, when the winter solstice presents itself as the longest night of the year. On the contrary, every December 21, more than seventeen hours of light make up the most extensive day, beginning the summer.
In the same day visitors can experience and feel the rain, the wind, the sun and the snow, tinged with a feeling of contagious peace. You only have to choose whether to sleep in Ushuaia, Tolhuin or Rio Grande and prepare to go out to eat a lamb fueguino, a black hake or some seafood to close a full day of movement.

Tierra del Fuego is reached by plane to Malvinas Argentinas International Airport, 3 kilometers from Ushuaia, or 5 kilometers from the city of Rio Grande. Also by bus or car, by National Route Nº3.

Penguins, albatrosses, carpenters and reddish little sharks are some of the species of birds that find paradise in the southern province. Sighting is possible in the lakes, forests and landscapes of the Andes.
The silent search of those who love birds becomes an endless adventure in Tierra del Fuego. Starting at the Atlantic Coast Reserve, whose wide tidal beaches shelter innumerable species, you can see the little redhead, a tireless little traveler who flies from the Arctic, traveling more than five thousand kilometers without stopping: his arrival is awaited by his enormous feat .
The water mirrors that hide in the steppe are also surprising for their diversity of colors. They are great oasis, where the birds are the protagonists. In the skies of the Corazón de la Isla reserve, the figure of one of the most majestic of America, the Andean condor, that is planted between the southern summits, is distinguished from a distance, and invites the travelers to cross the mountain range to continue the walk towards the South. The high mountain environments, the forest and the coast make of the observation a magical experience, where the songs and the dances of the more southern wings are perceived.
In the silent forest a knocking sounds, an inescapable signal of the bird that represents the province. It is the Magellanic carpenter, who jumps from one trunk to another leads travelers to discover the corners of their interesting habitat. Further south, the giant petrel overhangs the legendary Beagle Channel and between islands and archipelagos you can see the splendid marine avifauna. Then appears the star of the area, the Magellanic penguin, austral host whose presence the visitors capture in his memory and beautiful photographs.
All year long, especially in December and January, the exits are perfect to experience these sightings in the midst of nature, in which Patagonian species appear as curious as skua, black-browed and wandering albatrosses.