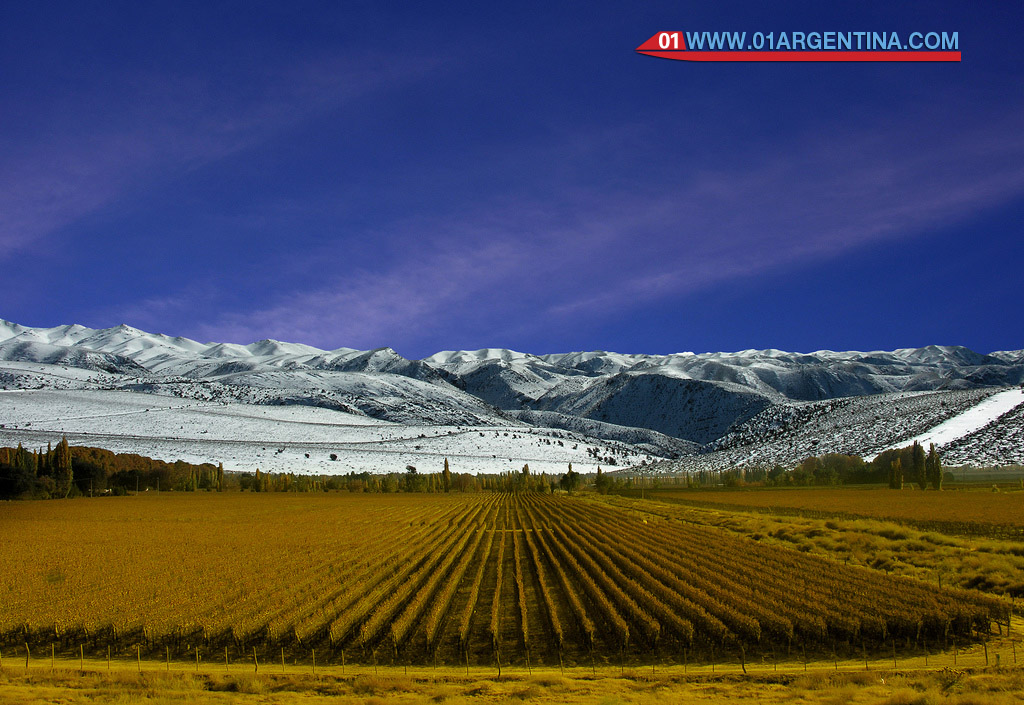 In this circuit you can appreciate the traditional agricultural production of its chakras and industrial of its cellars; And visit paleontological museums, where fossil replicas are exhibited.
Likewise, it can be assisted to the production of typical products and the tasting of fine dishes.
Among the important fossil remains are especially those of terrestrial vertebrates and marine invertebrates, and plants. Villa El Chocón, Rincon de los Sauces and Plaza Huincul are the places where paleontological findings can be observed within the province. In the localities of Zapala and Las Lajas can also be seen some fossil remains found in the adjacencies.
In the villages of Plottier and Centennial, numerous farms are distributed where it is possible to get acquainted with the exploitation of fine fruits, stone and pips, growing vegetables, making sweets, packaging fruit, raising farm animals and Cheese and sausage production, among others.
As far as wine production in Patagonia is concerned, it has been concentrated in the surroundings of San Patricio del Chañar and in the town of Añelo. Currently, the town of Chos Malal (north of the province)
The wineries Del Fin del Mundo, Malma, Familia Schroeder, Secreto Patagónico and Des de la Torre are modern, functional, equipped with the latest technology and prepared to receive tourists, since you can make guided tours, buy and taste of Wines, and savor regional cuisine prepared by specialized chefs.
The planted varieties are Chardonnay, malbec, merlot, cabernet sauvignon, pinot noir, cabernet franc and sauvignon blanc.

Paleontological Tourism
The Province of Neuquén possesses exceptional paleontological properties, becoming a privileged reservoir of extinct species of plants and animals especially terrestrial vertebrates and marine invertebrates, belonging to different groups and with diverse ecological characteristics.
Paleontology for the territory of the Province has become in recent years a topic of scientific-cultural attraction that in turn is of interest to tourism that is approaching the area.
In Villa El Chocón, the Municipal Museum Ernesto Bachmann, located in the center of the town, shows the paleontological and archaeological material rescued in the area
The main finding is the remains of Giganotosaurus carolinii, its name meaning “southern giant lizard”, which was discovered in 1993 and is so far considered the largest carnivorous dinosaur of all time, still superior to Tyrannosaurus rex.
In Plaza Huincul, the Carmen Funes Municipal Museum, located at the entrance of the city, is characterized by the renovation of its exhibition halls and stands out for the development of scientific research. The most important discovery that is exhibited in the museum is the Argentinosaurus huinculensis, the largest herbivorous dinosaur in the world belonging to the group of sauropods, and the family titanosauridae. Its name means “reptile from Argentina from Huincul”. This specimen was found in 1988, 8 km to the east of the city of Plaza Huincul. At present, Giganotosaurus carolinii and Argentinosaurus huinculensis are the emblematic examples of Neuquen deposits, thus this region becomes the most important area with dinosaurs in South America.
In Rincon de los Sauces, the Municipal Museum of Argentine Paleontology Urquiza presents the most complete Titanosaurio in the world. Its collection represents the Cretaceous fauna of the region.
In an area near the Auca Mahuida Volcano, paleontological evidence on dinosaur nests and eggs was found. These are of such singularity that they constitute a phenomenon practically unique to science.
In the vicinity of Añelo, two dinosaur specimens are erected, made by the artist Carlos Regazzoni with industrial waste from the oil activity, hence the name Los Petrosaurios.
In San Patricio del Chañar, during the construction of the Bodega Familia Schroeder, an Aeolosaurus dinosaur (Wind lizard) was found that belonged to the Titanosauridae family and today it is exhibited in one of its rooms.