The three most important tourist destinations in Patagonia Argentina. 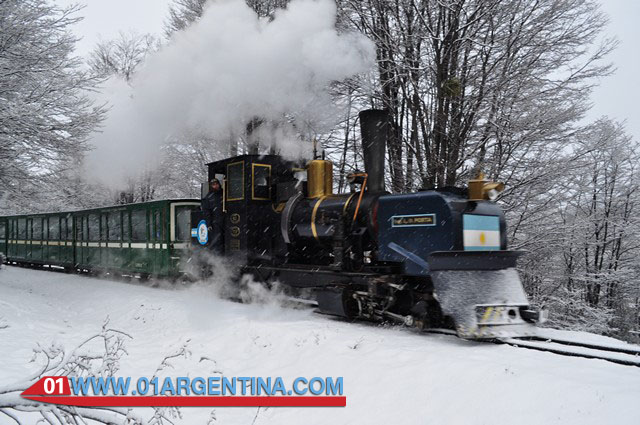 Due to the characteristics of the destinations, the activities and attractions that are enjoyed at each time of the year differ markedly, so we suggest reviewing the proposals that meet the traveler’s expectations.

SEASON: ALL YEAR
This circuit proposes a tour  of the Argentine Patagonia: Puerto Madryn, Ushuaia and El Calafate. The proposals are very diverse in each of these cities, so the tourist offer is complemented by providing tourists with unique experiences in each place. The adventure guarantees the sighting of fascinating marine fauna, the visit to imposing thousand-year-old glaciers and the possibility of locating in the southernmost point of the continent, surrounded by mountains and dream landscapes.

The city has an indisputable tourist value, it is the largest service center of the Patagonian coast and the gateway to the Valdés Peninsula, declared by UNESCO, a Natural Patrimony of Humanity. This scenario is chosen every year by the Southern Right Whale to mate and give birth to their offspring, a natural spectacle that can be attended from June to mid-December in the town of Puerto Pirámides. The sighting lasts approximately one hour, according to the proximity of the specimens. The small boats approach at prudential distances and that is where the sighting is done by them, even going under the boat where they can be observed and photographed thanks to the absolute transparency of the waters. Whales, penguins, sea elephants, sea lions and dolphins, together with a great variety of birds and terrestrial fauna, make up the attractive attraction of Península Valdés. The surrounding landscape of coast and steppe, the estancias and the adventure are part of this offer that receives visitors throughout the year.
Day trips depart from Puerto Madryn to nearby areas where other marine species can be seen, as is the case of dolphins, oveinas toninas and the largest continental colony of Magellanic penguins. It is in Punta Tombo where the latter are concentrated, forming a colony of approximately 175,000 breeding pairs that can be observed between the months of September and April.
The area also offers other attractions such as getting in touch with Welsh culture in Gaiman. The proposal is to visit its historical circuit, museums, Welsh chapels, farms of Agrotourism, the Paleontological Park, its Tea Houses and enjoy the services of accommodation and gastronomy. And if it is paleontology, it is a must visit the Egidio Feruglio Paleontological Museum, located in the city of Trelew, where a permanent exhibition that runs a time line to the past, from the first humans to the beginning of life is presented on the planet, standing out the presence of the Dinosaurs that inhabited our soil.
Puerto Madryn offers a modern and varied infrastructure of services: accommodation, gastronomy, travel agencies, spas, shopping center, handicrafts and shows. Beaches, dunes, sea and plateau, are the ideal setting for practicing outdoor activities: diving, kayaking, mountain biking, trekking and water sports to enjoy in full contact with nature.

In Patagonia it is also possible to go around the End of the World. In each station there are good reasons to know the southernmost city on the planet, Ushuaia. The almost remote tranquility of its lush forests, mountains, valleys and lakes seduces the contemplation and invades the imagination of each visitor. There are many options offered by this tourist center, among them you can not miss the Tierra del Fuego National Park, located 11 km. of the city, it is the only Argentine National Park that has marine coasts (Beagle Channel) bathing the forest. The train of the end of the world proposes a trip to the past, when the prisoners were transferred by train to supply firewood to the population. Today, the End of the World Train has become a tourist attraction that makes the same journey that decades ago the convicts made, entering the National Park. Navigating through the Fuegian channels is an unforgettable experience and an opportunity to see the imposing natural framework of Ushuaia from another perspective. Bays, islets and fjords of singular beauty dazzle along the route through the blue waters of the mythical Beagle Channel, accompanied by a varied avifauna and marine mammals. In winter, Ushuaia dresses in white, and with the snow new alternatives are opened to enjoy the city. The skier will find one of the most modern winter resorts in the country, besides, the fun is guaranteed with dog sled rides, snowmobiles, snowshoes to make crossings on the snow and many other activities. Museums are a good option to learn more about the history and culture of the place. Among the most outstanding are the Museum of the End of the World, the Yámana Museum, and the Maritime and Presidio Museum which has revalued the building of the old Ushuaia Presidio. There it is possible to know the pavilions where the jail worked, some of them recreated, and a special relic: the Historical Wing, which is preserved in the state it was in when the Presidio was closed in 1947.
A completely different perspective of the city is obtained from the air. The helicopter overflights allow us to travel around Ushuaia and its surroundings, being able to capture unforgettable images. It is advisable to previously check the weather conditions, due to the changing characteristics of the weather in this region. And for those who want to continue the adventure, Ushuaia still has another surprise, the possibility of reaching Antarctica. The Antarctic tourist season begins at the end of October and ends at the end of March. During these months of the austral summer different boats, mainly cruises and in smaller proportion sailboats, offer to the lovers of the adventure and the nature the possibility of traveling towards the White Continent. The duration of the trip and the itineraries are variable, from a minimum of 10 days to more than three weeks.

Known as the National Capital of the Glaciers, the town of El Calafate is located on the shores of Lake Argentino, the largest lake on Argentine soil. It is the starting point to access the Los Glaciares National Park, which was declared a Natural World Heritage Site by UNESCO in 1981. It houses about 350 glaciers, of which the most renowned is the Perito Moreno Glacier, followed very up close by other colossi like the Upsala, the Viedma, the Spegazzini and the Onelli. The alternatives to know and enjoy the glaciers are very varied, from brief or full-day navigations, to the possibility of trekking on the ice or combining these activities with visits to stays in the area.
Over the years the tourist village has been developed and now, in addition to the traditional visits to the footbridges to enjoy the Perito Moreno Glacier and navigations to access the treasures of the National Park, a large number of activities have been incorporated. that swell the offer of experiences that can be enjoyed by tourists. The offer now also includes the exciting ascent to hills in 4×4 crossings, visits to ranches and archaeological sites, horseback riding in dreamy landscapes and a growing number of museums and interpretation centers. In addition, El Calafate has a very attractive shopping center, a varied and high quality gastronomic offer and an urban reserve (Municipal Reserve of Avifauna Laguna Nimes) a few meters from the center of the town.

El Calafate can be visited all year round. In winter, snowfalls usually occur due to low temperatures, which transforms the landscape enhancing the charm of the environment. There are certain excursions that may not be valid during the winter months for safety reasons, it is suggested to consult previously. El Calafate also offers the opportunity to visit destinations whose exclusive activity is adventure tourism. The traveler can opt for a full day excursion to El Chaltén – a town known as the National Capital of Trekking – which is located 220 km from El Calafate. During the tour you can make boat trips, walks on the Viedma Glacier, visit a waterfall over 40 meters high and marvel at the stunning surrounding landscape crowned by Mount Fitz Roy.