The area encompassing the northern area of ​​Glacier National Park, which is situated in the town of El Chalten, is world renowned for its stunning scenery of mountains, glaciers and forests. 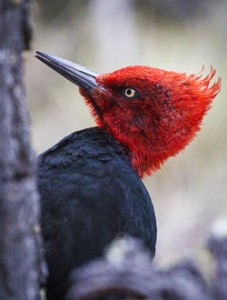 The featured attractions of this destination Santa Cruz are the Mounts Fitz Roy and Torre, the Viedma Glacier, the Laguna del Desierto and the Southern Patagonian Ice Field, which frame the unique scenarios that are visited by thousands of tourists every year. Beyond these natural attractions, flora and fauna of this protected area is characterized by having developed jointly with environmental adaptations to survive in extreme conditions. Months with short photoperiod and low temperatures lead to something sunny and windy summers, with sunsets to be enjoyed until almost midnight.

Glacier National Park was created in 1937 and declared a World Heritage Site in 1981.  Almost ten years ago it was included in the list of Important Areas for the Conservation of Birds (IBA or IBA for its acronym in English – Important Bird Areas), being home to over 140 species of birds. Identify and protect this network of IBAs worldwide promotes and ensures the preservation not only of the birds that inhabit them, but from all other species of flora and fauna that are associated with them.

Some of these bird species are considered of special value for its conservation importance, and along with other emblematic species are targeted by amateur observers and ornithologists who come to these latitudes to appreciate its beauty and diversity.

No doubt the Andean condor (Vultur gryphus) is the most representative bird of the Andes. With a general distribution in the Andes of Latin America, its population status is critical in Venezuela and Colombia and threatened in Ecuador, Peru and Bolivia. In Argentina and Chile stocks are better off, although it is in the mountains of southern Patagonia where your observation is more likely, with daily sightings in the area of El Chalten. Its almost three meters wingspan makes it the king of the skies to observe plan in search of carrion from which it feeds, making it the natural ecosystem cleaners.

In addition to the condor, another master of flying is the eagle (Geranoaetus melanoleucus), quintessential jacket open steppe areas, thickets and forests. Along with the other birds of prey such as eagles, hawks, owls, hawks and owls, are the most efficient pest controllers between winged. His skills for powerful and sometimes acrobatic flight can be seen from almost any trail in the area.

The most famous of southern forests is probably the carpenter (Campephilus magellanicus). Being one of the largest woodpeckers in the world, the male is distinguished by its red head, while the female is entirely black pompadour. They are excellent climbers and with his strong beak bore holes into the trunks of beech and ñires in search of grubs. His unmistakable screams are easily distinguishable and invite any walker attentive to discover and marvel at their adaptations to this fragile environment.