The arrival of the penguins in Chubut 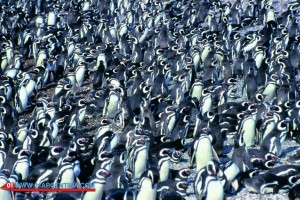 From the month of September to April the Penguins reach the shores of Punta Tombo, located in the place “Dos Pozos” Florentino Ameghino department of Chubut Province, about 110 km. about the cities of Rawson and Trelew and about 170 km. of the city of Puerto Madryn.

The so-called “Vigil of the Penguins” is an event that happens every year in the second half of September, when members of the largest colony of Magellanic penguins in the world, arrive to the beaches of Punta Tombo to nest and breed, raise and train their young. Tour Chubut with penguins and felt there enjoying these unique excursion with nature.

In the province of Chubut is converted to this nature reserve protected area to conserve the habitat of these birds and to also conserve natural resources. The place has an area of ​​210 hectares and is among the few penguin world so great and so easy to access.

As whales in Puerto Madryn, Magellanic penguins visit us and meet tourists take the opportunity to close. Fortunately, they are very friendly and allow themselves to be photographed, filmed or just contemplate at close range.

September and October is the breeding season, but not the only time of year where you can visit them.

From the Secretariat for Tourism and Protected Areas of Chubut was expressed that over the years has been a growth in the number of resident visitors in the province of Chubut, as well as strong growth of domestic and foreign tourists.

The Punta Tombo Natural Protected Area has had a population growth of remarkable birds since its creation (in 1979) to the present, making it the largest continental Magellanic penguin reserve. Today there are more than a million copies that can be observed. Their coexistence with a varied fauna is the reason why thousands of tourists from around the world each year come to the coast of Chubut up close to appreciate the natural spectacle of the Penguins.

There also can be observed diversity of marine and coastal birds like: • gulls, southern • terns • skuas • oystercatchers and cormorants

In late August, the males start arriving penguins to refurbish their nests and one month after arriving females lay two eggs in October and after 40 days of incubation with shared male chicks are born. Both females and males preserve the nest and feed the young with anchovies and squid. These chicks are born covered with a dark gray down the move in February by a juvenile plumage that allow them to make their first forays into the sea to find their own food. Just the following year acquire adult plumage.

In the 2009 season they were launched related to infrastructure changes. Trails on existing balancing visitor circulation and its impact to wildlife traces were renewed.

Besides allowing a circular sector having a displacement of handicapped persons was implemented path. A new viewpoint and checkpoint from which the rangers can control is installed; and benches and sitting areas strategically located in the development of senderización placed.

For the convenience of tourists an extension service bathroom for ladies, gentlemen and new health for disabled people with access ramp and railing was performed.